Flood Insurance Rates about to Skyrocket? 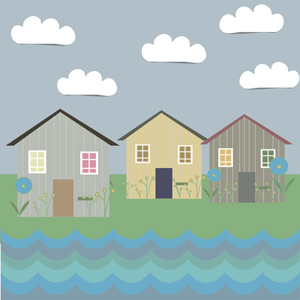 Approximately 5.6 million property owners in over 20,000 communities across the country rely on the National Flood Insurance Program (NFIP) for flood insurance. A new law, the Biggert-Waters Flood Insurance Reform Act of 2012, will force major changes in the NFIP. Despite efforts by some on Capitol Hill to delay the act, it looks set to take effect. According to an article in Insurance Journal last week, FEMA Administrator Craig Fugate said:

“There are challenges to implementing the law when premiums may exceed $10,000 in more high-risk areas where homes are not easily elevated or bought out.”

How many will be affected?

“Last year’s legislation promises premium increases to 1.1 million homeowners who’ve received subsidized, below-risk coverage and could sock even more homeowners whose homes met older building standards or were deemed at lower risk under previous flood maps. Under the old rules, they could retain their old rates since they followed the rules when they bought or built their homes, but they will soon lose those grandfathered rates under the new law.”

Could it impact home sales in the regions impacted?

Again, we refer to the Insurance Journal article:

“The changes also promise to make it unaffordable for people in chronic flood zones to keep their homes, and they have put a damper on home sales in areas where benefits extended to current homeowners can’t be passed along to prospective buyers.”

What can be done to delay the changes?

Write your Member of Congress and Senators. Congress has legislation in the House, H.R. 3370 and Senate, S. 1610, to delay changes to the NFIP.

According to the National Association of Realtors, these bills would:

Do you have quesitions about homeowner's insurance? Give us a call, text or email, we can point you in the right direction.