The Curious Case of the Jumbo Mortgage 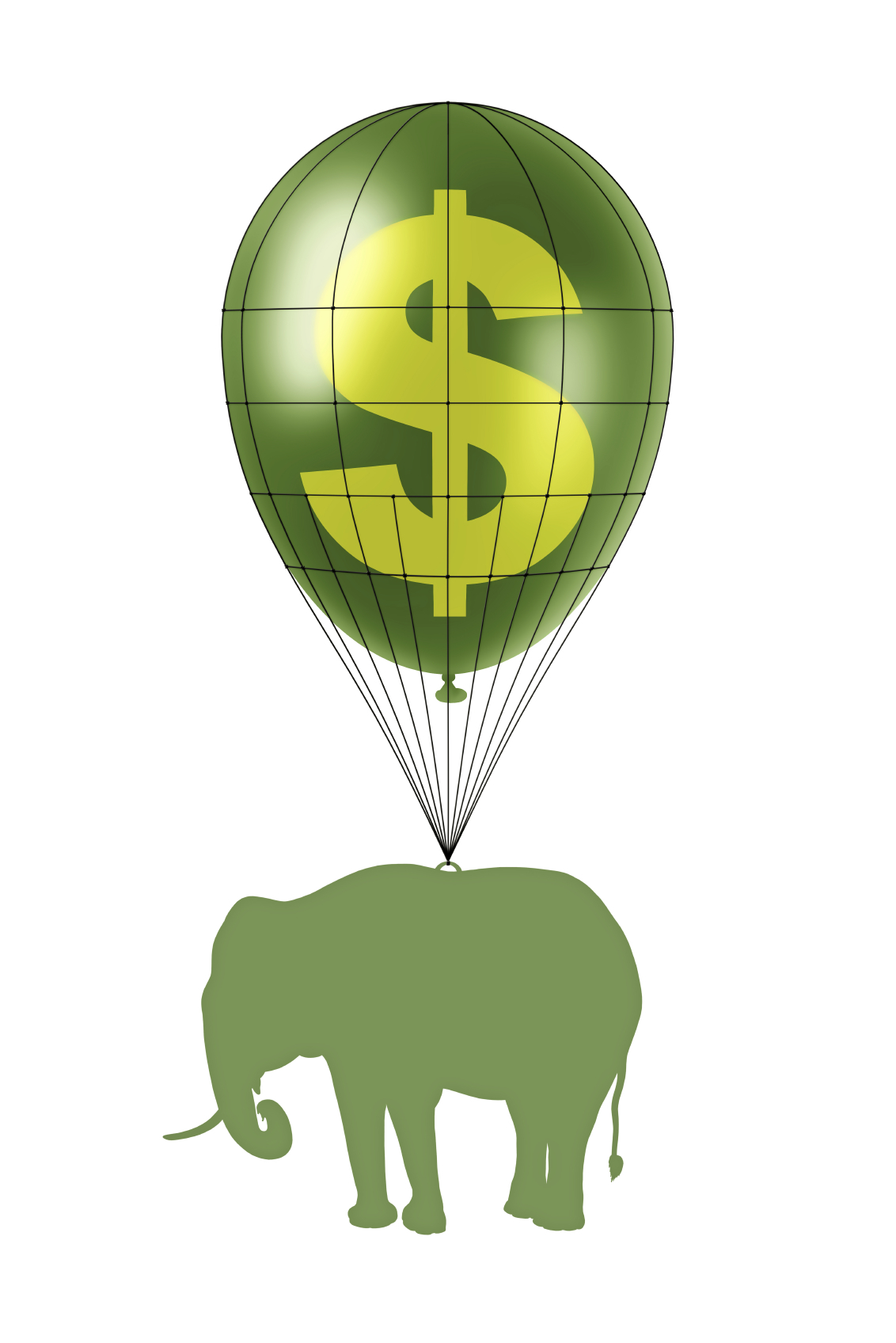 Though it may feel like yesterday, it's been about half a decade since the housing bubble burst and the subprime mortgage crisis hit. In September 2008, the United States government took over Fannie Mae and Freddie Mac. Since then, the mortgage industry has undergone fundamental changes, experiencing both increased regulation and a large shift toward nationalization. To give you an idea of the size of these changes, in 2006 around 30% of mortgage loans in the US were backed by a government guarantee. This number rose to around 90% in 2012.

As we move further from the financial crisis, it makes sense to start asking if and when the mortgage industry will return to a world where private money plays a greater role and government institutions such as Fannie, Freddie, and the Federal Housing Administration (FHA) play a smaller one. Recently, our representatives in Washington have begun to discuss plans to dissolve Fannie and Freddie and bring private money back into the game, and that's a good start. In the past few months, we've also seen a few encouraging trends in the jumbo mortgage market that could point toward a mortgage industry less reliant on government guarantees.

If you're not familiar with a jumbo mortgage, the entire concept revolves around the type of loans that Fannie and Freddie are willing to guarantee. Fannie and Freddie will guarantee loans only up to $417,000 in value (sometimes more, but not important for this discussion), and these are referred to as conventional mortgages. A jumbo mortgage refers to one with a higher loan amount, typically $417,000 to $750,000, and these are not backed by a government guarantee. Prior to the financial crisis, jumbo loans were priced around .25% higher than conforming. After the financial crisis, the gap has widened to as much as 1.8%, just one more indicator of the flight of private capital.

In September, something changed – by some measures, the rates on jumbo mortgages actually fell below the rates on equivalent conventional loans. This phenomena was covered in many media outlets, and you can read more detail here and here. As of this writing, the rates on a few popular websites are almost too close to tell the difference, with 30 year fixed rate conventional mortgages at 4.28% and jumbo 30 year fixed rate mortgages at 4.32%. Though it's only been one month, the fact that jumbo mortgage rates did not immediately diverge from conventional rates is a sign that we may be witnessing a trend.

There are countless ways to interpret the closing spread between jumbo and conventional mortgage rates. For example, banks with excess capital to lend may feel pressure to put this money to work, which one could argue is leading to higher demand for jumbo loans and thus lower rates. Another interesting interpretation, however, ties back to Fannie and Freddie. In recent years, both institutions have raised guarantee fees, the fees that are meant to compensate them for providing a guarantee on a mortgage. This makes conventional loans more expensive, which would help close the gap with jumbo loans in the other direction.

If you're in favor of more private market involvement within the mortgage industry, you may be wondering if falling jumbo mortgage rates are the first step in a path toward private options for conventional loan amounts. After all, at some point working with Fannie and Freddie may become prohibitively expensive, and the WSJ article linked earlier mentioned a mortgage lender encouraging borrowers to borrow more money to jump over conventional limits. It's far too early to tell, but this trend certainly deserves attention over the coming months.

Would you like more inofrmation about mortgages? Contact one of our preferred lenders below. We love to help our clients with any questions they have regarding real estate.

By Michele Lerner of HSH.com

While it may seem obvious that you need to keep paying your bills during the period between a loan preapproval and your settlement date, some would-be borrowers neglect their finances in the excitement of shopping for a home.

"A preapproval letter is typically valid for 90 days but with the disclaimer that if anything changes with your finances it can impact your preapproval," says Patricia Napgezek, a senior loan officer with Inlanta Mortgage in Brookfield, Wis. "After 90 days, we can do a renewal letter with a recheck of your pay stubs and credit."

If you are considering buying a home or refinancing, give us a call, we'd be ahppy to put you in touch with a reputable lender. It's not always the best rate that gets you the best deal!

What You Need to Know About Mortgage Rate Locks

Whether buying a home or refinancing a mortgage, your mortgage lender will require you to lock your rate on the amount borrowed no later than five days prior to closing.

Mortgage rate locks guarantee the interest rate for a “set” period of time, and the length of the lock essentially determines how long you have to close escrow. This is where consumers can often find themselves scrambling to meet the interest rate lock, so the costs don’t accumulate.

As you do your loan comparison shopping, you’ll find mortgage rate locks vary in time length.

The shorter the lock, the less risk the mortgage lender takes in tying up that money, which means a better interest rate for the consumer.

It’s not uncommon to see an interest rate variation by as much as 0.25 percent on the longer rate locks compared against 30-day and 15-day rate locks.

The longer the lock, the more risk the lender takes and the slightly more costly the loan can become, depending on the day you choose to lock in your interest rate. Lenders are always concerned about interest rate risk.

For example, let’s say you lock your interest rate today on a 30-year fixed rate mortgage at 3.25 percent for 30 days. If rates rise to 3.5 percent, the lender could make an extra 0.25 percent margin on the money you’re committing to borrow.

That means if your transaction takes 32 days rather than the locked 30 days, the costs to extend your loan can be upward of half a discount point expressed as a percentage of the loan amount. Using a $300,000 mortgage loan, an extension fee for additional time can run upward of $1,500.

All lenders are under very tight underwriting restrictions from Fannie Mae and Freddie Mac, so locking in the mortgage rate does not guarantee that your loan will actually close escrow. Making sure you lender reviews your financials improves the odds, greatly.

Get a rate quote from a lender upfront and make sure it’s an interest rate that the lender can pull the trigger on if you say “go.” Be prepared to send your mortgage company your credit, debt, income and asset information so it can make sure that you can actually qualify for the amount of money you’re looking to borrow.

“What You Need to Know About Mortgage Rate Locks” was provided by Zillow.com.