Housing Predictions for 2014: Sales Will Surge 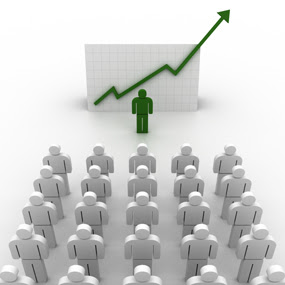 Many housing pundits are calling for home sales to do slightly better in 2014 than they did in 2013. To the contrary, we strongly believe that home sales will skyrocket with increases of 10-15% in 2014. Here are the three categories of buyers we believe will create this strong demand.

The Urban Land Institute recently released a report, Emerging Trends in Real Estate 2014, projecting that 4.48 million new households will be formed over the next three years. Millennials will make up a large portion of these new households. With the economy improving, we believe they will finally be moving out of their parents’ homes and, when they compare renting versus buying, many will choose homeownership.

Over the last several years many homeowners were trapped in their home by negative equity. This prevented them from moving up to the home of their dreams. Zillow has just revealed that home equity increased by $1.9 trillion dollars in 2013 an increase of 7.9% in the last twelve months. With home values rising, this pent-up demand will finally be released and move-up properties will be in high demand.

No one knows what will happen with immigration reform. However, we do know what such reform would have on housing demand. A recent study released by the Immigration Task Force of the Bipartisan Policy Center (BPC) found that immigration reform, if passed, would dramatically increase demand for housing units; increasing residential construction spending by an average of $68 billion per year over the next 20 years.

We realize that our projections are based on three situations that are still uncertain. However, we believe that these issues will come to fruition and thereby dramatically increase demand for homeownership.

Do you have questions about the Seattle area housing market? Give us a call, text or email. We would love to answer any questions you may have.