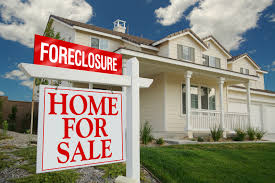 Foreclosure filings continue their downward spiral, dropping to the lowest level in January since April 2007, according to RealtyTrac's latest report.

Filings – which include notices of default, scheduled auctions, and bank repossessions – dropped 28 percent in January year-over-year.

"We're now well past the peak of the foreclosure crisis," said Daren Blomquist, spokesman for RealtyTrac.

Still, the foreclosure problem has a ways to go: Filings remain at double the pace of 2005, and foreclosure auctions are on the rise in 26 states.
"It's likely that by this time next year, we'll start to see 2005-type, pre-crisis numbers again," Blomquist said.

The decrease in foreclosure starts in January was largely attributed to California, which saw a significant drop last month. Due to a new law in California that offers borrowers in default more protection, the state saw foreclosure filings fall 62 percent in January.

The big drop made it the first month since January 2007 that California was not the leader in the nation in foreclosure filings – that state has been replaced by Florida.

Meanwhile, RealtyTrac also reported that bank repossessions were down 24 percent in January from year-ago levels, reaching their lowest ebb since February 2008 and putting it below half of the record amount set in September 2010.

Related Articles
Buying a Home Can Be Scary… Know the Facts [INFOGRAPHIC] Some Highlights: 36% of Americans think they need a 20% down payment to buy a home. 44% of Millennials who purchased a home this year have put down less than 10%. 71.8% of loan applications were approved last month. The average credit score of approved loans was 731 in September.
Percentage of Homeownership by Decade and by State There has been a lot of talk about the falling homeownership rate in the United States. In December 2004, the homeownership rate reached an all-time high of 69.4%, while the current rate is 62.9%. When comparing these two figures, there is some room for concern regarding the difference. However, today we want to shine some […]
What to Expect When Home Inspecting So you made an offer, it was accepted, and now your next task is to have the home inspected prior to closing. More often than not, your agent may have made your offer contingent on a clean home inspection. This contingency allows you to renegotiate the price paid for the home, ask the sellers to […]